Shrimp, Grits and Corn Off the Cob

There’s an old saying that the farmer’s used: Knee-high by Fourth of July, and back when I was a farmer, we’d often say that when we planted our corn in anticipation of a good season.

Okay, I’m not a farmer and never have been one (although I did have a backyard garden for a few years in Cali), but I still like the saying...but this year I sympathize for many farmers around the country, whose crops are suffering due to the stifling heat and the lack of rain – and don’t get me started on global warming kids.

It just so happens to be fresh corn season at NYC’s farm markets, and I’ve had some great luck with sweet corn this year…maybe it’s the heat, the rain, the lack of rain – I don’t really know, but all the corn I’ve bought so far has been super sweet, crisp, juicy and delicious, and I guess the farmers in the northeast are having better luck than those in the parched Midwest... 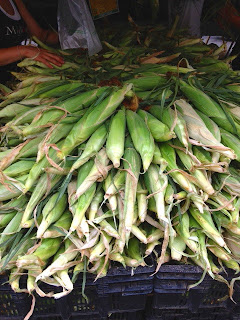 I love corn on the cob, slathered with butter and salt and pepper, or perhaps a squeeze of lime and a shake of chili powder (but hold the mayo, please). It’s quintessentially summer, and whether you boil, steam, grill or roast your corn, you can’t go wrong – as long as you don’t overcook it. I mean, fresh corn is so tasty that you can eat it raw, but if you’re like most people, you’ll want to give it a bit of heat – and I never steam or boil it for more than 3 minutes. On the grill, you’ll go a little longer, because some browning adds a great complexity to that corny goodness.

The other day I came home from the market with a bag of corn, and Significant Eater was at the dining table working, so I figured I’d make the corn easier to eat, since corn on the cob can be a bit messy. I also had some stone-ground white-corn grits in the fridge (you keep that stuff in the fridge, don’t you?), so I decided to make corn on corn – and then some.

While the grits were sputtering away, I shucked a few ears of corn and removed the kernels with a paring knife – and no, you don’t need a special tool for this, just cut the ears in half and stand them up on the cut ends for the de-kerneling (a word I just made up)... 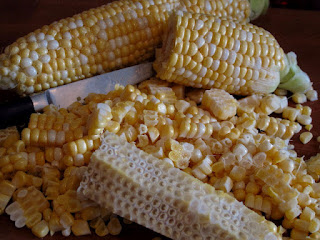 I also "diced" some market zucchini and onions into the size of a giant corn kernel, and started cooking. In a sauté pan with a tablespoon or two of butter, I cooked the zuke and onions first, just until they were translucent… 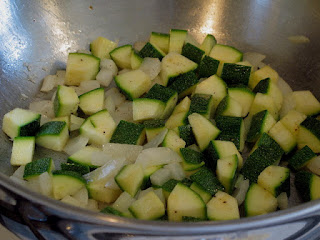 Then I added the corn and as I said above I only cooked the corn for another 3 minutes or so; it was still nice and crisp, if that’s the right word. If you’re worried about your sauté burning, just add a couple of splashes of water to the pan.

The sauté was done at the same time as the grits; the grits got a good, healthy grating of parmesan, freshly ground black pepper and a spoonful of butter stirred in – because, really, that’s what grits need.

I wasn’t done though. I also happened to have half a dozen large, frozen wild shrimp in the deep-freeze – and yeah, wild shrimp is all I buy and all you should buy too…shrimp farming fucks up the environment pretty badly, so do your part, even though they’re hard to find.

The shrimp were briefly brined, about 15 minutes or so, rinsed and dried well, and pan-fried for a minute or two on each side. Significant Eater was ready and so was lunch…shrimp and grits, with corn off the cob… 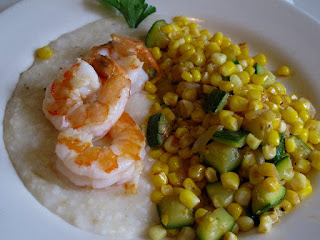 Shrimp and Grits with Corn Off the Cob

Make grits according to package directions and then follow the method above.
Posted by Mitch Weinstein at 3:20:00 PM 4 comments:

Whew - that was a pretty good hiatus. But now it's time to get back to work. Yeah, yeah - I know what you're thinking... back to work? But you don't even have a freakin' job! OK - I got it.

In any event, I'm back to whatever it is that I do. June turned into a little bit of a stress-case month, and I certainly haven't done a lot of cooking over the past 4 weeks, which means not a lot of shopping either. It's hot out and it's hot in our kitchen, and if I was cooking in there, I'd be complaining, wouldn't I?

Oh, there were a few salads that were made and eaten for lunch...when Significant Eater was here in NYC and really working. Here's a version of Nicoise which I like to make... 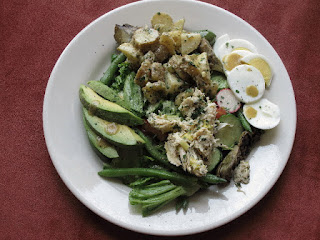 One day I made these for breakfast... 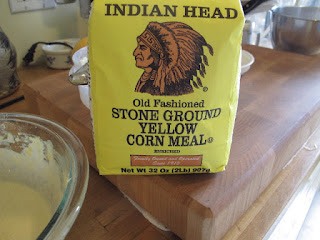 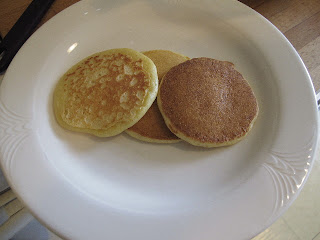 Which came out great, btw. I also bought this... 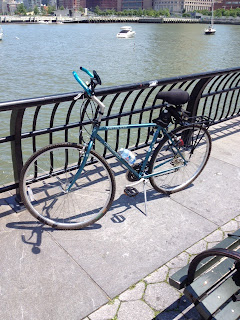 Admittedly, it became a bit of an obsession for a while. Now, it's become a great way to get to and from the farmer's market and various other shopping destinations.

There's been plenty of dining out, including a return trip to Jack's Wife Freda, where the zucchini "chips" were awesome. I still believe the frying skills here are unmatched in the city... 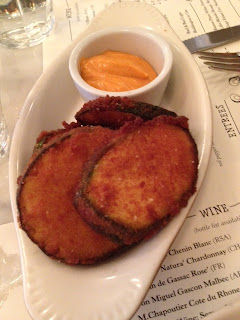 And back to Mission Chinese Food New York, which is civilized, with nary a wait - at lunch. And where the newish catfish dish practically explodes... 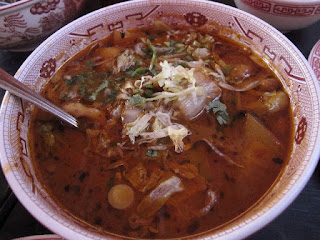 And the chilled buckwheat noodles are perfect on a sweltering day... 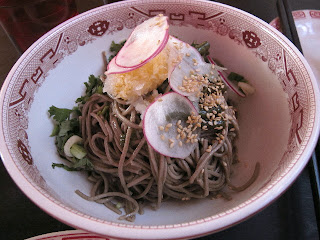 So you see, it's not all fun and games around here. There's more food to report on. There's cold stuff to "cook" and sorbets and gelati to churn. There's even some complaining to do - it's too bloody hot, to be honest.